If you own a dirt bike, you must know how important it is to keep the carburetor clean. The carburetor keeps the bike up and running at its best. When it gets dirty, the bike’s performance is seriously affected and can also lead the bike to stop functioning properly. But, do you know how to clean a dirt bike carburetor?

To clean dirt bike carburetor, Detach the carburetor from the engine and separate the parts, clean them thoroughly with carburetor cleaner and compressed air, wipe them dry and reassemble them to get a clean and dry carburetor.

Cleaning a bike’s carburetor is a bit complicated, but following the right process, it becomes easier than you’d imagine. In this write-up, you will get a step-by-step guideline about cleaning a dirt bike carburetor.

Before going to the steps of cleaning the carburetor, there are several things you must do first. For taking off the carburetor and opening it up, you’ll need some tools. Plus, you must take precautions for the parts of the carburetors that are delicate and somewhat small. The tools you’ll be needing are-

Once you gather all the tools, it’s time to jump into the steps. Now that you have everything, you need to disassemble the carburetor, gear up (gloves and eye goggles), and go straight to the steps of cleaning.

The first step of cleaning the carburetor is actually detaching it from the main body of the bike. Before that, you’ll need to turn off the fuel supply. Find out the fuel line and remove the fuel hose. Then, loosen up the screw on the carburetor base and drain the remaining fuel from the float bowls.

It is at the bottom of a carburetor and needs to be taken out before the cleaning. Turn the carburetor upside down and disjoin the four screws gently. Use the needle-nose pliers to pop the pin and pull out the floats. Now the jets should be out and open.

Jets are the screws that control the fuel flow. The main jet is higher rpm and has a bigger hole, while the pilot jet is for when you are idling and like a quarter throttle and has a smaller hole.

Unscrew them from the carb and move to the next step.

You need to remove all the gaskets and o-rings before jumping into cleaning. Soaking the parts in a carb cleaning solution is the easiest way to clean a carb but requires a considerable amount of liquid and can be pretty expensive.

Spraying the carb cleaner is another option. But before applying the option, wear safety glasses and gloves for cleaning. You can scrub the parts with a wire brush and then spray the carb cleaner.

For the jets, use a float needle to unclog any dirt inside the hole. If the dirt is too stubborn, which is common for the pilot jet, blow compressed air through the hole for complete removal of any leftover dust. It is the most crucial part of cleaning because if the jets are not cleaned properly, it’s going to block easily once again and cause trouble in the throttle opening period.

Clean the float bowl and the holes in the carburetor’s body with carb cleaner and compressed air. After cleaning all the parts with the cleaning solution, wipe them with a rug and get ready to reassemble the carb.

Reassembling the carburetor is just reversing the dissembling part. Start with putting the jets back in place. After cleaning the jets, use compressed air to dry them and screw them back in their places.

After reattaching the jets, take the floats and put them in their place back in the carburetor. Line the holes up and slide the float pin. Make sure that it is centered and the needle in the middle moves freely. If it is stuck, reposition it before moving into the next step.

7. Closing up the carburetor

Now that reassembling the inside is complete, it is time to close the carburetor. Attach the float bowl onto the carb with the screws and the carb is now ready to install to the engine.

8. Reattaching with the engine

The next step of the process is putting the carburetor back in its place with the engine. Place the throttle slides and control cables back to their places. Screw the carb on the clamps and tighten the screws. Install the fuel line plus overflow lines, and the carburetor is ready to roll.

After putting everything back in place properly, it is time to test the cleaning! Start the bike and listen to the engine sound to see if it runs well or not. The carb should work properly now that it has been cleaned. There, now you have a perfectly cleaned carburetor for a smooth running engine and dirt bike.

Why is cleaning a carburetor necessary?

When you clean your bike’s carburetor, it benefits the bike in several ways. Motorbike carburetor should be cleaned for-

A bike runs well when the fuel burns in a proper way. For that, fuel needs to get to the engine from the fuel tank and the carburetor controls that movement.

If the carburetor is clogged or dirty, this fuel flow gets hampered and results in a lot of wastage. For this reason, the carb should be cleaned routinely.

The carburetor controls the fuel and airflow in the engine, and its action directly affects the engine. If the carb is greasy and dirty, this flow will seriously get affected and hit the engine in the face in a negative way. So, it is essential to keep the carb clean for the sake of the bike’s engine.

How to know the carburetor needs cleaning?

How often should the carburetor be cleaned?

It is mandatory to clean the carburetor at least once every two years. But you can also do it only when needed as it is a lot of tasks to open up and close a carburetor. Again, it is ok if you decide to clean it once every few months or years- depending on how often you ride your dirt bike.

How to keep it clean for a long time?

To keep the carburetor clean and running for a long time, there are some tips that you can adopt-

Riding your bike more often is a very effective way of keeping the carburetor clean! If the engine is on regularly, fuel will not stick to the carburetor, and it will stay clean for a longer period.

Better if you use fresh gas, because old pump gas breaks down from sitting for too long. Using fresh gas will not only keep your carburetor clean, but it’ll also give you a better throttle response and more power.

There is a gas filtration system in the gas tank, yes, but sometimes dirt and gunk find their way somehow to ruin everything. Adding a filter to the fuel line will solve this problem. The filter will prevent any gunk from entering the fuel tank, thus saving the carburetor from getting dirty.

While cleaning the carburetor, always use carb cleaners that are easy on the material. Using harsh solvents may damage the rubber or gasket material which will eventually ruin the carb.

The carburetor is one of the most critical parts of a dirt bike to keep it running. A clean carburetor preserves the engine power and gas mileage, but a dirty one can seriously damage the engine.

Knowing how to clean a dirt bike carburetor will also make the task a lot easier. I hope this article comes in handy for you while cleaning the carb and after.

In recent years, dirt biking has become a huge hobby, and for good reason, it’s a bag of funsies. So, more and more people are entering this world. There are lots of grown ups who want to try this out, but not totally convinced yet. Or, maybe you just want another dirt bike to your…

As dirt biking gained fame, various vehicle companies started entering the dirt bike industry. The heavyweights of the industry are well known to dirt bikers, but some smaller brands have also been making waves. Among these relatively smaller brands, Tao Tao has been making some exceptional dirt bikes within an affordable range. So how much… 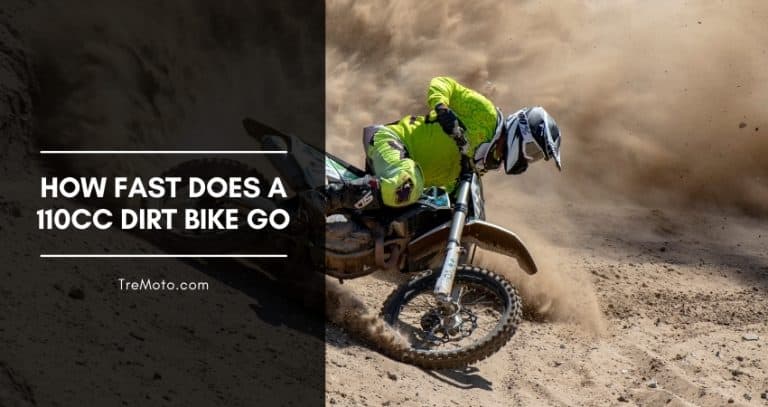 Dirt bike riding is super fun and entertaining but can seem a bit scary to learn at first. Teaching a kid to ride it can be a complicated task. With the right tips and tricks, you can easily complete the job, preserving the child’s confidence. To teach a kid riding a dirt bike, you need…